Shanghai IC industry's data sales revenue in the first half of the year was 58.665 billion yuan, a year-on-year increase of 12.9% 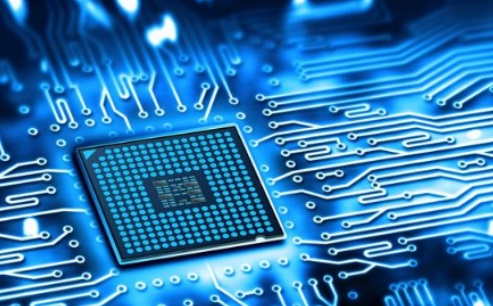 Shanghai IC Industry Association pointed out that 2019 is a period of cyclical adjustment of the semiconductor industry, coupled with the impact of the external environment, Zhangjiang's chip manufacturing and packaging industry declined. Fortunately, the chip design industry and equipment materials industry increased significantly, increasing by 17.5% and 15% respectively.

Performance is better than the world level

Speaking of chip design, Zhang Jiang has gathered 239 chip design companies and produced more than 100 domestic leading products. On June 19th Shanghai Zhaoxin, located in the core area of Zhangjiang, released a new generation of 16nm 3.0GHz x86 CPU products - the first KX-6000 and Kaisheng KH-30000 series processors. This is the first domestic general-purpose processor with a frequency of 3.0GHz (Giltz), and the gap with the international advanced level is further narrowed. It is reported that the KX-6000 series products are equivalent to the seventh generation desktop i5 processor of Intel in terms of performance running points.

In addition to releasing new products, performance continues to improve, catching up with the international advanced level. On all major lists, Zhangjiang chip companies are also striving to be among the best in the world. On July 30th, the Zurich Philippine Institute of Technology AI Benchmark announced the market mainstream AI chip test list, Ziguang exhibition sharp tiger 贲 T710 jumped to the top, the total score reached 28097, far more than the newly released Snapdragon 855plus and Huawei unicorn 810. At present, Ziguang Zhan Rui has not officially released the Tiger T710 chip platform, and the process technology adopted is not known.

In addition, in the field of design, some companies in Shanghai have reached 7nm research and development, and Ziguang Zhanrui mobile phone baseband chip market share is the third in the world. The global market for TV chips also takes the lead.

In the field of technology, 5G has become a new generation of hot words.The major manufacturers of manufacturing are gearing up and planning in advance. Zhangjiang Enterprise Ziguang Zhanrui has launched the 5G communication technology platform "Macaru" and its first 5G baseband chip "Chunteng 510". This is the second 5G chip successfully developed by Chinese enterprises after Huawei released the first 5G chip in China. According to reports, the exhibition Ruichun 510 is a multi-mode 5G chip that can support 2G/3G/4G/5G, and can support both SA and NSA.

In addition, the recent completion of tens of millions of dollars in a new round of financing, the core technology is also deeply cultivating 5G. Core PC has a complete mobile phone RF front-end R & D team covering GaAs, RF SOI, CMOS Analog and Digital. In the future, the company will focus on the development of 5G RF front-end chips according to customer needs, positioning product performance to match the same type of products in Europe and the United States, and helping 5G smart terminals to accelerate their popularity.

Speaking of the layout in 5G,There are still many companies in Zhangjiang who are working hard to be the 5G frontier enterprises. For example, ASR, its product line covers 2G, 3G, 4G, 5G and IoT multi-standard communication standards. Dai Baojia, the founding shareholder and CEO of the company, said that in the future, the company will pay more attention to 5G application scenarios and 5G technology development chain. ZTE, which has established a research and development center in Shanghai, has a complete 5G end-to-end solution, and is also a major contributor to 5G technology research, 5G standards, and patents. In terms of 5G base station chips, ZTE's 7nm process chips have been designed and mass-produced, and 5G chips for 5nm process are currently being developed.

According to the plan, Shanghai will also build a 5G "five-pole" industrial base in the future, located in the Huawei Park of Jinqiao, Zhangjiang and Qingpu in Pudong, and Caohejing in Xuhui. And Songjiang's g60 Kechuang Corridor, which Pudong Zhangjiang focused on the development of 5G chips.

At present, Zhangjiang has established the most perfect design, manufacturing, packaging and testing, and materials. The most complete IC industry chain has become the most complete integrated circuit industry chain in Shanghai, with the most advanced comprehensive technology level and the strongest independent innovation capability. Of course, in addition to a number of high-quality enterprises emerging in various layers of the industrial chain, Zhangjiang core area It has also gathered some integrated circuit public service platforms, including the National Integrated Circuit Innovation Center and the Shanghai Integrated Circuit R&D Center, to build a professional platform for enterprises and to gather multi-party resources.

In addition, the Ministry of Education also issued a document, officially approved the research report of the "National Integrated Circuit Industry-Inducing Integration and Innovation Platform" project undertaken by Fudan University. The project is based on the Microelectronics Institute of Fudan University in Zhangjiang Science City. It is the leading enterprise in the United Nations, and establishes a cooperative and win-win integration model to create a new platform for integration of production and education in the Yangtze River Delta region.

Focus on "China Core" and take off "Zhang Jiang Meng". For the development of Zhangjiang IC, the more ambitious future is that Zhangjiang will build a world-class industrial park - Shanghai IC Design Industrial Park. Located in the core area of Zhangjiang, Shanghai IC Design Industrial Park covers an area of about 3 square kilometers. It is currently implementing “100 billion million” projects, gathering thousands of enterprises, forming a scale of 100 billion, gathering 100,000 talents, and building a million space.Strive to build an integrated circuit professional park that has become the world's advanced level.

In addition to hard-core platform support, Zhangjiang IC companies will usher in a big advantage. It is reported that the fundraising work of the second phase of the National Integrated Circuit Industry Investment Fund (commonly known as the “National Big Fund”) is nearing completion, with a scale of around 200 billion yuan. Among the previous investment companies of the first phase, many came from Zhang Jiang, such as SMIC in the manufacturing field, Huali Microelectronics in the manufacturing field, Ziguang in the design field, Zhongwei Semiconductor in the equipment field, and Anji Microelectronics in the materials field. .

For the second issue, there are a lot of news that the focus is on chip manufacturing and equipment materials, chip design, packaging and testing, and other aspects of the industry chain, supporting the industry. The leading enterprises in the backbone are bigger and stronger. In addition, the second phase of the National Fund will also focus on national strategies and emerging industries for investment planning, such as smart cars, smart grids, artificial intelligence, the Internet of Things, 5G and so on. I believe that in this new round of China's chip industry layout, Zhangjiang will usher in new development opportunities!