With the development of new energy vehicles in recent years, the automobile "four (intelligent, networked, electrified, shared)" has become a major car company, zero Component manufacturers are in a position to fight, and they don't hesitate to invest heavily in them. There are also many startup companies. The entry of Huawei will undoubtedly make the competition that has already been fiercely competitive, and the competition will be even more fierce.

Only in the autopilot field has already brought together dozens of players, many of which are international giants. Looking at the pattern of autonomous driving, it is possible that all the companies in the chain will not be able to compete with Huawei.

In the era of fuel vehicles, domestic car "heart disease" is difficult to remove , Engine control technology relies on foreign suppliers, so that it becomes a pain that cannot be calmed down. The engine control system still relies on the supply of joint venture factories, and the new technology relies on the foreign side. In the era of intelligent networked cars,The chip is a high ground that the Chinese auto industry cannot lose.

Huawei Haisi series chips in the field of consumer electronics, although it is still not compatible with Qualcomm, Apple A series Counterbalance, but it is also a small achievement. With years of investment in the IC industry, Huawei's Shengtuo system's AI chip, from the public information point of view, up to 352TOPS super-power is already in the leading position in the industry. Based on this, Huawei has built an MDC (Mobi) platform to provide auto-driving full-stack full-service services for car companies.

at high In the level of autonomous driving, the discrete electronic control unit (ECU) that the car can no longer use to match each function, but a partially centralized domain controller (DCU).

DCU needs to undertake multi-sensor integration, positioning, path planning, decision control, wireless communication, high-speed communication calculation. In centralized and hybrid architecture, DCU still has to bear all Or part of the sensor data processing. Due to the need to complete a large number of operations, DCU generally must match a core computing power processor, which is a chip, to provide automatic driving support at different levels of computing power. The higher the computing power, the supported functions The more, the more everyone is pursuing high computing power.There are many solutions in the industry such as NVIDIA, Infineon, U.S. Renesas, TI, NXP, Mobileye and so on.

Although chip development requires a lot of money, but the chip as a core component of autonomous driving, its high price and considerable profits, has attracted many giants to invest. Among the many players are consumer electronics semiconductor giants, traditional automotive semiconductor suppliers, and new players. I have selected a few representative companies to do a simple combing.

1. NVIDIA: NVIDIA has been working on the development of AI chips in recent years, and has complete solutions in the field of autonomous driving:

2. Intel: The PC era in the past PC era CPU King Intel lost the smartphone era, fearing to miss again automatically Driving era. After launching the IntelGo platform, it took a lot of money to acquire Mebileye. The auto-driving open platform Eye Q5, which is dominated by the ADAS visual field, was also launched in December 2018.

3. Qualcomm: Qualcomm's layout in the automotive industry is not limited to its communications field, and its 820A is also impressive in the ADAS and cockpit entertainment domains.At the CES show in 2019, its scalable autopilot platform, DriveAutomotive, was built on the Opteron chip, allowing automakers to add modules to their needs.

But it’s just that the product-side layout doesn’t seem to show Qualcomm’s confidence in the entry industry, and NXP’s acquisitions are twists and turns, but it’s ultimately fruitless.

6. TI: Texas Instruments has its own advantages, from the low-level ADAS field, its vision, ultrasound, millimeter wave radar and other sensors The chip layout, as well as the extension of the Jacinto series SoC from infotainment systems to ADAS, introduces the TDA series SoCs, which quickly and cost-effectively capture the market. In the field of subsequent automatic driving, TI will continue to exert its strength.

7. Tesla: Tesla is not willing to just build a car. Recently released its self-driving chip FSD, which will be carried in Tesla in the future. u>AutopilotHardware platform. From a hardware integration perspective, Tesla has completed integration from chip to board level integration, system integration, and vehicle integration.Open up the autopilot industry chain layout.

8. Horizon: The horizon that was not established for 4 years is quite popular with the capital market, and its valuation has soared. In 2018, the company relied on its combination of soft and hard AI processor technology, has released the Matrix autopilot computing platform and the horizon XForce edge AI computing platform.

In the field of autonomous driving chips, domestic companies are also emerging. In addition to the above three, there are also like Zero Run Technology, Feibu Technology, Jiefa Branch, Shenjian Technology. Wait for the company, not listed here. Of course, it is not excluded that some enterprises have quietly invested a lot of manpower and resources. For example, Pingtou, who is dedicated to the field of intelligent networked chips, has not yet released its related products, but it is certain that the autopilot AI chip will definitely be involved in the future.

The technical barriers and investment of the chip are extremely high. The field of automotive chips has always been the domain of traditional semiconductor manufacturers. Even Intel and Qualcomm can not attack for a long time. Use the acquisition method to seek a qualitative breakthrough. For startups and even domestic semiconductor companies, it is a great challenge to break through in this field. However, in the well-known background, AI chip startups are also favored by the capital market, which is considered to be good, at least to ease the pressure on capital.Whether the domestic AI chip company can make a breakthrough is worth looking forward to.

The road environment in which the vehicle is driving is complex and variable, resulting in a perception that cannot Depending on a single sensor, high-level auto-driving cars, sensors such as positioning, radar, and vision can be combined and integrated to input the collected environmental data in the form of images, point clouds, etc., and further complete by algorithm extraction, processing, and fusion. The driving situation map around the car provides the basis for driving behavior decision. 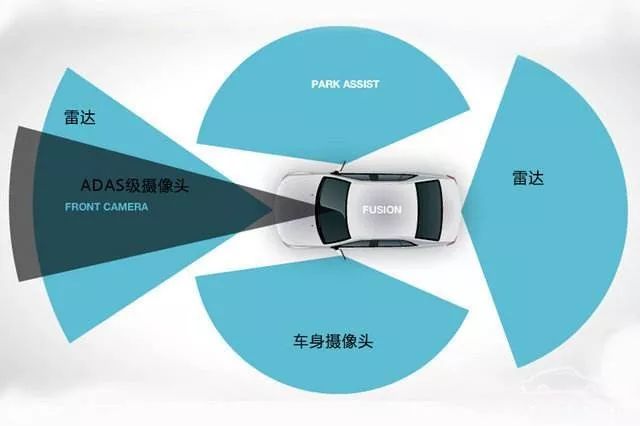 In this round of autopilot industry entrepreneurship, the field of environmental perception is visual The millimeter-wave and laser-based radars are dominant. Due to the maturity of cost and maturity, the visual and millimeter-wave radars are the first to be mass-produced, from L0-level warning to advanced assisted driving iterations.

Although the introduction of Huawei Auto Show, its camera, millimeter wave / ultrasonic radar, laser radar, T-Box, GPS, actuators, etc. Provided by partners, but the author believes that in the future, Huawei will develop independently at least on the sensor algorithm level of vision, millimeter wave radar, and surround vision system, and does not rule out the possibility of launching its own sensor products.

I sort out startups by sensor type and function.

The forward ADAS vision camera currently has multiple programs such as monocular, binocular, and trinocular, due to mass production. The cost factor, the main flow production program is mainly monocular, equipped with binocular cameras on some models.

With the ADAS (Advanced Assisted Driving) function In the mass production, the domestic market share pattern is gradually clear. The passenger vehicle sector is dominated by international suppliers such as Mobileye and Bosch; domestic startup products are mainly distributed in the commercial vehicle field with the use of monocular solutions. With the promotion of commercial vehicle regulations, mass production has been achieved in the passenger car field warning (FCW, LDW) and AEBS functions. Of course, this is not to say that domestic enterprises have no layout in the passenger vehicle field, but only from the perspective of market share.

Compared to the monocular solution, binocular or multi-objective schemes are in detection accuracy, target detection type The technical performance of the detection range is better than that of the former. However, due to the high cost of the binocular (multi-head) solution, monocular has become the mainstream, and in the next few years, it may be dominated by the monocular solution. The 77 GHz forward millimeter-wave radar, with data fusion, complements the two to meet technical requirements.

The visual camera is greatly affected by environmental factors in the target detection, and the target object or recognition effect may be unrecognizable under special scenes. Compared with the visual camera, the millimeter wave radar is less affected by environmental factors; Vision is better than millimeter-wave radar in detecting target types. The technical solutions of ADAS functions such as AEBS and ACC combine the two to make up for the perceived defects of a single sensor.

From the perspective of domestic passenger vehicle market share, 77GHz millimeter wave radar is mainly based on Bosch, Continental, Denso, and Anbofu; 24GHz millimeter wave radar It is mainly based on Veoneer (automatic driving company after the split of Autoliv), mainland China, Haila, Anbofu and Valeo. Tier1 provides system solutions for car companies in the passenger vehicle market (including sensing, control, execution and other components). Due to the inferior position of domestic suppliers in system integration capabilities, additional product reliability, stability, consistency, cost control, There are also disadvantages in terms of quality control, etc. It is more difficult for domestic component companies to enter the passenger vehicle market than the commercial vehicle sector. Of course, there are also a number of millimeter wave radar companies in cooperation with the passenger car period.

Different from passenger cars, commercial vehicles are production materials,End-users have low levels of comfort and active safety, and the advancement of ADAS functionality relies on regulatory push. At present, in the field of commercial vehicles, the mass production assembly of millimeter wave radar is mainly to meet the AEBS function, so the mass production time node in the commercial vehicle front loading market will be affected by regulations. In accordance with traffic regulations, the passenger car needs to be equipped with an AEBS system in April 2019. The truck needs to be equipped with an early warning function from May 2020 and an AEBS system in 2021. As mentioned above, the performance requirements of the early warning system for visual and millimeter wave radar are slightly lower, and more are the cost factors to be considered, so this also gives the domestic millimeter wave radar enterprise the opportunity to mass production.

With the gradual increase of the penetration rate of ADAS function, millimeter wave is an important sensor, and the market prospect is expected. The domestic millimeter wave has a breakthrough in the future and is worth looking forward to.

Lidar is an indispensable sensor for high-level automatic driving, which can accurately obtain three-dimensional position information and determine objects. Position, size, speed, attitude, external topography and even materials provide accurate information for target recognition, target tracking, and obstacle detection. Compared to visual and millimeter-wave radar, it has excellent ability in ranging and resolution. , can independently build 3D models, but the penetration capacity of lidar is relatively weak.

Lidar has the strongest perception of the environment

In the field of laser radar, foreign companies Velodyne, Quanergy, IBEO are at the forefront. US Quanergy and startup company Ouste use mechanical rotary lidar, which is relatively mature with 16/32/64 lines. The German Ibeo laser radar products are mainly based on low-wire bundles of 4-wire and 8-wire. In addition,Ibeo teamed up with Valeo to launch a hybrid solid-state laser radar; German startup Quanergy and Israeli startup Inoviz are based on solid-state laser radar. 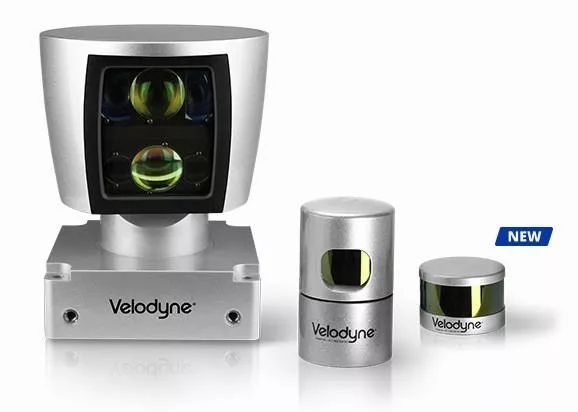