What are the programmer's laws of survival?

One of the law elements: its own value

In the martial arts world built by Mr. Jin Yong, the sharpest kill The martial arts work should be "Duo Gu Jiu Jian", but the Linghu Chong who learned the Du Gu Jiu Jian but lost his internal strength will be hit by a bunch of rogues on the ground. When I learned to absorb the big law and the internal force was big, then there would be no such thing.

According to the hard truth of the iron, the cultivation should start from the internal work first, but it is not necessary to say that the move is unnecessary. This is very dialectical. As for the more important question, there is no answer in the specific time and space background. 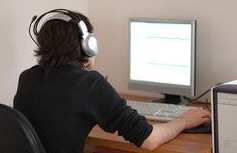 From the final performance, a person's value (or internal strength) can be reflected in almost unlimited places, such as: programming language, analysis Design, communication, management, estimation, process improvement, etc. But if you sort the skills a little, you will find that there are only two basic ways for people to create value: one is completely dependent on their own skills, the other is It is against the hand of others.

The latter may not be easy to understand. Here is a simple example: suppose the technical skills of Zhang San and Li Si are very Excellent, but the two characters are not in harmony. Once they work together, it is very easy to stick to their own opinions, and they will not let each other go. Every day, Wang Er appears. Wang Er’s technical ability is not excellent, but he is better at coordinating everyone. The opinions of Wang Er, Zhang San and Li Si can be better. In this case, Wang Er created value, although this creation depends largely on A and B.

In particular, coding, design, testing, estimation, demand analysis, etc. are more similar to creating value directly through their own skills, while management, process improvement, etc. are similar to the latter. Focus on design People who work in coding, testing, etc. are often defined as programmers in reality, while people who focus on management, process improvement, etc. are often defined as managers in reality.

From the point of view of the value that can be created, in general, there seems to be no precise limit between the two: great politicians and great scientists can be equally great. But in reality, at least In China, people tend to think that management positions have higher value. In reality, many companies do, but this is not always true.

It seems that the company can be placed in different positions on a certain line. After crossing a certain limit, the value created by the person directly working may exceed the manager. This in turn requires the technical added value of the position. To be taller. Imagine In producing  in enterprises,From the perspective of income, the income of workers on the production line will always be low. In the same way, in software companies, the more technically low-level development work, the more obvious this is. Once you reach a top software company, the story may be different.

There is a description in the book "Microsoft's Secrets":

we Some people have extreme dissatisfaction with the developers, and that is simply awkward. Darrell Heavens is one of the main developers of Windows NT. He has 9 Porsche and I certainly want to have 9 Porsche. But do I hate Darrell? of course not. He is absolutely deserved, he is awesome. If I use my check to pay him, I am willing. However, in the long run, you will definitely get the reward you deserve in a year or two. If for some reason we introduced Darrell and paid him enough to buy 9 Porsche salaries, and once he did not do enough, he would not work here for a long time. .. . .. but these developers are carefully selected talents. .. .The only downside is that there are always some people who feel that developers are the "lead", but this is the essence of the industry.

The person who holds this view is Richard Bass, senior product manager of Windows NT. From the description, the manager’s income is lower than Managed technicians.

The three key words that contributed to this result are: Microsoft, Windows NT, and major developers. Microsoft seized the operating system market of PCs, and Windows NT is the core in the operating system. On the basis of the former two, Darrell Heavens is the main developer. In order to make the income of technicians exceed the management, these three factors may be indispensable. This is difficult to replicate in a sales-focused company, but there are always possibilities in a product-centric company.

In terms of direction itself, it is difficult to simply say that it is the Cotai Strip, and that is Huarong Road.The key point is to avoid choosing internal contradictions. For example, if you want to do technology, you choose a company that is not supported by technology. If you choose management, it is in a pure R&D environment. The second is that no matter which way, we must work hard to go to professional and high-end.

Regardless of technology or management, there are many factors affecting the whole process of value-added: cognition on the knowledge system, choice of direction, balance between Bo and special, The mobility of knowledge, etc., must be examined separately. An examination of these points will begin gradually.

The second element of the law: the expressive power of its own value

Many people take a look This title, there may be doubts: If it is a very heroic hero, do you still need to express your strength?

As far as expressiveness is concerned, many people will think of communication and speaking, but in fact speaking is far from the core of expression. There are so many people who are sensitive to things, are they not expressing their power? Obviously not. A person's past, behavior, habits, personality, etc. are all part of the expressive power.

Let's look at a simple example.

The 2012 CSDN has a translated article called "Programming Skills and Skills for Employees - Which Is More Important?" Two extreme examples:

Rodrigo graduated from MIT and he developed the compiler in his spare time. He is the core code donor for the Haskell language.He has developed a number of very well-known Python libraries. The code he writes is very robust, readable, and elegantly handles critical computational scenarios on a variety of programs. However, he usually delays the mail for a few days. You rarely see him answering the phone. He doesn't seem to really understand the importance of completing the task on time. He does things in his own way. You can't figure out if he is. What I think, I only feel that there are some infinite ideas in his mind.

Gabriella is not a very good programmer, and the program she writes looks obviously amateur. The program that can be completed in 15 to 20 lines has written 30 lines. There are bugs in her program, which caused the QA department to spend a lot of time on it. She didn't really understand the reason that the code should have good performance - "It's ok!" However, she is very enthusiastic - she will reply within a few minutes after receiving the mail. She never misses a call. She is good at communication. She can clearly explain the complicated technical problems to the customer. She never finishes the deadline. task,She is constantly seeking feedback to improve her work. She is a very easygoing person who likes to talk to her.

The two extreme examples are very interesting, but if we really choose one to judge that is more important, we will lose understanding of an essential issue in the workplace. Opportunity.

The skill of doing the employee described in the article is actually very similar to the plum 10 (transformer) in the arch pig game. He is not with The so-called programming skills are opposite, but they are ubiquitous in every programmer. Any programmer must have both skills: programming skills and employee skills, while employee skills are like a transformer. Ultimately zoom in or out of your real power. This is the power of expressiveness, and the skill of being an employee is part of the expressive power.

Why does expression have value?

We all know that it is not good to look at the leopard in the tube, but unfortunately, even in the most impartial and rational organization, most people are still in the panther. The organizational structure of the enterprise is basically in the shape of a pyramid, and the position is higher. The greater the authority, that is, the person who is in the position below, the judgment right is in the hands of his superiors.

When the upper person knows the lower person At the time, the person in the impression of the superior is often different from the one in the real. A difference between a good organization and a bad organization is whether the deviation is subjective or objective and cannot be avoided. It is not the existence of this distinction.

There are many objective reasons for this difference to exist, such as:

Once the level is generated, the information often needs to be transferred. The general manager wants to see someone, often through several levels.Undoubtedly the information in this process will be lost.

The amount of information is too large

The information a person can handle is limited. For example, if a Manager is responsible for a team of 20 people, then because there is too much information to be processed, it is likely to cause misjudgment in terms of shirking responsibility or presentation difficulties.

Even if the information is not lost, different people understand the same information May not be consistent. For example, the V gesture in the UK means rolling away rather than winning.

There are such factors that ultimately lead to cognitive bias becoming an unobtrusive objective reality, something that must be adapted and cannot be completely changed. This subject will be considered as a research project in a discipline such as organizational behavior:Impression management, the first cause effect and so on are all about this.

It is not difficult to understand that it is undoubtedly to manage personal performance through the means of self-promotion, praise for others, proper congregation, and good interpersonal relationship. Will make yourself a premium and increase your value in the eyes of others.

After all, in the organization, you have real meaning in the eyes of others, even if it is different from the real one. From a long-term perspective, the main factors affecting the expression of their own value are: qualifications, characteristics of their own personality, degree of borrowing, and the use of power. These points will be explained later.

The last thing that needs to be done is to improve expressiveness and malicious franchise.

There is no difference between the two, the difference is the degree. From the perspective of the applicable scenario,In a crony environment, it is a necessary skill to survive, but even in the most fair organization, you need to improve your expression.

Young programmers tend to hate this point and use words that are full of negative emotions to describe such skills as: flattering, shameless. But it is not. From the perspective of life efficiency, it is dangerous to ignore this point, unless you have reached the goal of everyone in your own value, for example: on the resume, I created Python.