In recent days, the company has released the "Approval of China Securities Regulatory Commission for the issuance of shares and payment of cash to purchase assets and raise matching funds and related transactions". Announcement, the company's acquisition of Anshi Semiconductor's plan received approval from the CSRC. 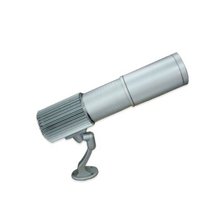 For the strategic significance of this restructuring, Weng Technology Chairman Zhang Xuezheng said that Anshi Semiconductor is in logic chips, discrete devices and The world's leading upstream core components such as power semiconductors, Wingtech has global leading technology in the system design of downstream intelligent terminals. After the completion of this asset integration, the two parties will be in business, technology and customers. Synergies are produced at multiple levels.

The profitability can overpay the loan, and many brokers publish their opinions.

The reporter found that Since the debut of the program,The market has maintained a high level of concern for its acquisition scale and solvency. Since the program was approved by the China Securities Regulatory Commission on June 5, in order to more fully answer the concerns of investors to the market, Wentai Technology’s source of debt repayment for domestic and foreign debts generated by this restructuring on June 10, The ability to repay and the impact of listed companies on improving their financial position and enhancing their continued profitability are detailed. According to the announcement, after the impact of non-recurring income such as asset stripping, the conservative calculations show that according to the historical operation of listed companies and Anshi Group, it is expected that listed companies and Anshi Group will be normal in 2019 and 2020. The surplus funds generated from the operation, investment and financing activities can fully cover the domestic and foreign loans of 5.16 billion yuan and the foreign loans of 5.632 billion yuan in 2019 and 2020. The repayment of the above domestic and foreign loans to listed companies and Anshi Group The business situation has less impact.

After the company reorganization event, a number of institutions including Southwest Securities and CITIC Securities issued a research report on the company restructuring and gave a “Buy” rating. Among them, CITIC Securities believes that Wentai Technology has accelerated the cutting of the supply chain of well-known customers at home and abroad, and the terminal products are gradually shipped, maintaining the company's 2019/2020/2021 EPS forecast of 0.80/1.19/1.44 yuan, assuming that the acquisition of Anshi in 2019 is completed. Table, maintain the 2019/2020/2021 pro forma EPS forecast of 1.34/1.68/1.94 yuan. According to the pro forma EPS forecast, Wentai Technology gave 32 times PE in 2019, corresponding to the target price of 42.88 yuan, maintaining a “Buy” rating.

Successfully earned a world-class semiconductor company,Products and production capacity are in a leading position in the world

GaN (GaN) is a new generation of wide bandgap semiconductor materials with a band gap of almost 3 times that of Si and 2 times that of gallium arsenide (GaAs), a critical breakdown electric field. It is an order of magnitude larger than Si and GaAs, and has higher saturation electron mobility and good temperature resistance. As the Si material reaches the physical limit, it is imperative to seek the next alternative under the Moore's Law drive. Excellent electrical performance is considered to be the first choice for semiconductor materials in the future. Traditional semiconductor manufacturers' acquisition and cooperation of GaN devices and licensing agreements continue to occur, and GaN power semiconductors have become a must for everyone.

According to the well-known market research institute Yole, the implementation of 5G network will promote the growth of GaN market from 2019 to 2020. It is expected that in the next 10 years, GaN market It is expected to exceed $3 billion. In this context, Ansemi will be the first in the world for mass production.

As the pilot member, signed the "2019 Yangtze River Delta G60" only 5G project

As the world's largest mobile phone shipments ODM leading company, it is also the only industry-wide With its self-built mold factory and perfect intelligent production line, Wentai Technology has continuously broken through market technology since its establishment. From single-chip dual-card dual-standby technology to the current flexible folding screen mobile phone, the company continues to take advantage of leading technology research and development. The market provides innovation and convenience, leading the industry to change technology. More worthy of mention, as a strategic partner of Qualcomm and a key partner of 5G Alpha, Wentai has taken the lead in launching the research and development of 5G products, and Qualcomm Snapdragon 855 chip platform 5G smart terminal products will be released globally!

As a member of Qualcomm 5G pilot program, Wentai Technology has already successively cooperated with China Mobile and China Unicom. The three major operators of China Telecom have reached the strategic cooperation of 5G intelligent terminals. At the same time, the forward-looking perspective is the first to introduce 5G into the field of industrial manufacturing.Explore the deep integration of 5G technology with the industrial sector with China Baowu's Baoxin Software, China's largest steel company. On the day before the approval, at the joint meeting of the G60 Science and Technology Corridor in the 2019 Yangtze River Delta on June 24, the only 5G project in the major projects signed by the site was reached by Wentai and Minsheng Bank. According to the agreement, Minsheng Bank will support Wentai Communication's 5G intelligent terminal R&D and manufacturing project through production integration. The total investment of the project is 5 billion yuan, including 5G mobile phones, 5G IoT, 5G PC and other innovations. Product development and manufacturing.