Where will the future of ARM and RISC-V compete?

After just a few years,RISC-V not only has policy support, but the corporate and academic circles are paying more and more attention to this open source instruction set, and even feel pressure on Arm. Since the RlSC-V was born in Berkeley in 2010, the biggest voice in the industry is that RISC-V may change the existing processor architecture competition dominated by Arm and Intel X86, especially Will impact Arm in embedded markets such as consumer and IOT. 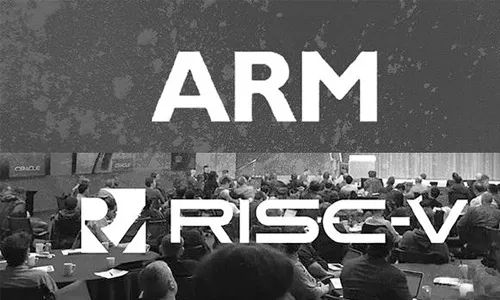 the difference between ARM and RISC-V

The ARM architecture and the RISC-V architecture are all derived from the simplification of the 1980s RISC. The biggest difference between the two is the sleek and simple technical style and the completely open model. ARM It is a closed instruction set architecture. Many manufacturers that only use ARM architecture can only adjust the product frequency and power consumption according to their own needs. They must not change the original design. After decades of development and evolution, CPU The architecture becomes extremely complicated and cumbersome. ARM architecture documents are thousands of pages long, the number of instructions is complex, the versions are numerous, they are neither compatible with each other, nor are they modular, and they are expensive. The patent and architecture licensing issue. In contrast, RISC-V, at the beginning of the design, is positioned as a completely open source architecture, avoiding the detour of the computer system for decades, the architecture document is only more than 200 pages, the number of basic instructions With just over 40, a set of instruction sets supports all architectures, and modularity allows users to customize and configure different subsets of instructions according to their needs.

What will be the future of ARM and RISC-V competition?

At present, ARM occupies most of the market for processor IP represented by mobile devices, and RISC-V is a rising star. So where will the future go?

The competition between ARM and RISC-V is a bit like the battle between Windows and Linux at the end of the last century. The future competition between ARM and RISC-V may be similar. First and foremost, in the traditional field of ARM, the mobile phone field, RISC-V basically has no chance, because the mobile phone will not completely change the processor core after ten years of iteration.This is also the same as the current Windows operating system leader after more than 20 years of wind and rain. However, in the emerging field, RISC-V and ARM are at the same starting line, and RISC-V is likely to be able to beat ARM with at least the features of the instruction set open source, or at least to occupy a considerable market share. At present, such emerging markets are mainly the Internet of Things market. The Internet of Things market has long tailing characteristics, has many market segments, and has high requirements for power consumption. Therefore, it has advantages for RISC-V, which can flexibly modify the instruction set and chip architecture design for different applications. The use of ARM often only allows for a standardized design, making it difficult to differentiate. In addition, the IoT market is more sensitive to cost, and the RISC-V free license feature is also important for chip vendors. In the RISC-V Foundation list, we can see companies such as Qualcomm and MediaTek, which focus on the Internet of Things. In the current hot AI chip market, ARM and RISC-V still do not see obvious advantages and disadvantages. This is because the high-performance AI chip uses either ARM or RISC-V cores.It is mainly used as a controller. The most important and core computing unit is often the designer who designs it without using IP. On the other hand, the profit margin of the AI chip tends to be large. Therefore, the free features of RISC-V do not bring a particularly large advantage.